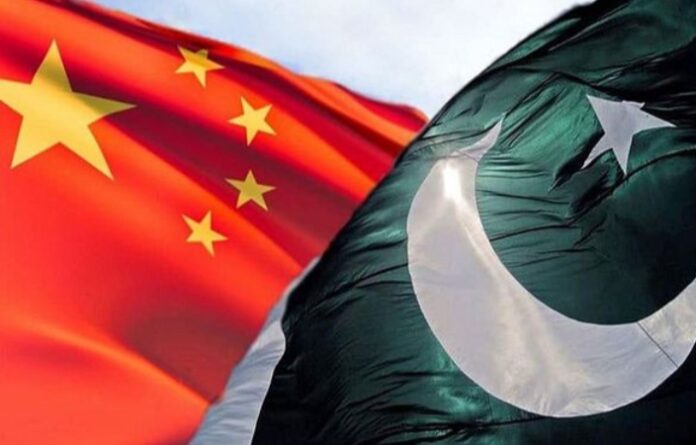 China Rolls over $2 Billion Loan for One Year

$2 billion loan has been rolled over by China in safe deposits for cash shortage Pakistan’s economy amid diminishing foreign exchange reserves, as per sources.

Before that, Pakistan currency closed at 229 against dollar compared to 240.50 recently, gained Rs11.50, while it was reported that some exchange firms were selling dollars as low as Rs218 in panic.

$2.3 billion in commercial loans and now $2 billion in SAFE deposits, total $4.3 billion loan has been rolled over by China so far.

Further, Pakistani authorities have been awaiting for the confirmation from friendly countries specifically from the Kingdom of Saudi Arabia (KSA), Qatar, and the UAE for overcoming the financing gal of $4 billion identified by the IMF for materialising the gross external financing requirements of $35.9 billion for the current fiscal year.

Saudi Arabia might confirm boosting up the oil on outstanding payments of $1.2 billion, creating the total oil facility to $2.4 billion. While the UAE might have an interest in having shares of state-owned enterprises (SOEs) in oil and gas sector especially but it would take some time or few months for materialising such commercial transactions.

However, all these developments have occurred at a time when foreign reserves depreciated. Foreign reserves held by SBP were $20 billion in August 2021 but it declined to $8.5 billion on July 22, 2022.

Whereas, the rupee currency haven’t left the battle, strengthened to its highest level, the local currency closed at 228.80 per dollar versus its previous close of 238.38. It rose by 9.6 rupees, a record highest recovery in absolute terms.

The biggest fall since 1972, the rupee falled 14.4 percent in July. It has slumped by 23% this year. The country’s trade deficit fell 47% MoM to $2.6 billion in July driven by a drop in imports. while the total imports dropped to $4.9 billion in July 2022 from $7.9 billion in the previous month, as per Pakistan Bureau of Statistics reported.

However, IMF linked the holding of its Executive Board meeting, which has been planned for late August, holding the confirmation that Saudi Arabia and the United Arab Emirates would have an expected $4 billion loan to the country.

While, the SBP stated it’s inspection of a number of Exchange Companies and banks since August 1, 2022, whereas, recently SBP has suspended the operations of four branches of two ECs (Galaxy Exchange Co and Al-Hameed International Money Exchange Co) for violation of SBP regulations.

However, mystery shopping excercise has also started being conducting throughout Pakistan to investigate that some ECs are not selling out foreign currency to their customers.

A meeting was also scheduled with Exchange Companies Association of Pakistan on August 4, 2022, while it states that the SBP would increase its enforcement actions on the ECs and banks in light of findings of the ongoing inspection and mystery shopping if needed.