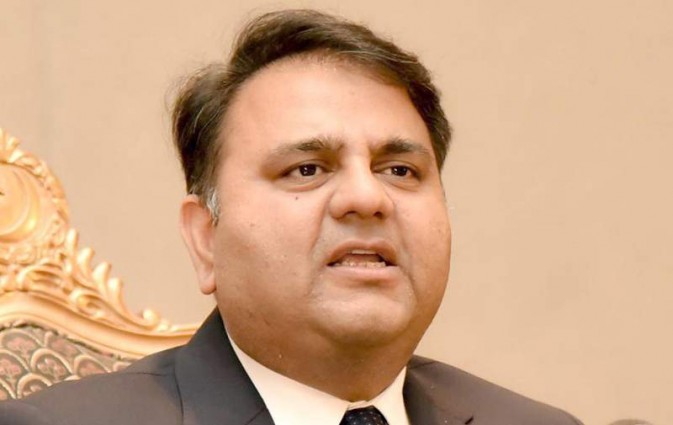 Fawad for film and drama collaborations between Pakistan and Germany

In a meeting with German Ambassador Bernhard Stephan Schlagheck on Thursday, the minister stated that they would like German filmmakers and drama producers to explore the beauty of Pakistan’s Himalaya range with their cameras.

According to a news release, he proposed organising a zoom conference with German film and drama producers groups in order to increase cooperation in the realm of cinema and joint productions.

Pakistani-German relations, according to Fawad, are marked by shared democratic values and multifaceted cooperation. Pakistan was one of the earliest Asian countries to establish diplomatic relations with the Germany.

The minister stated that the Ministry of Foreign Affairs’ suggestion for a video film emphasising Allama Iqbal’s specialties with Germany and his poetry about Heidelberg will strengthen collaboration in joint productions and documentaries.

Fawad stressed the importance of collaborating with German gaming and animation companies. Cooperation between the two countries in this area would boost their economic ties.

Ambassador Bernhard Schlagheck commended the concept for collaborative film and play productions, saying it will help to promote the area’s appeal while also increasing tourism.

Pakistan has one of the freest media in the area, according to the minister, because “we truly believe in the fundamental and democratic right of freedom of expression.”

The minister denied that legislation had been created in Pakistan to restrict the use of social media.

He said hate speech was a universally recognised phenomena that needed to be discouraged, and that all states had a responsibility not to allow it.

Fawad also expressed his concern about the rise of Islamophobia in the Western world.

Minister for Information and Broadcasting Fawad Chaudhry announced on Thursday that five Pakistani films would be screened in Beijing as part of the celebrations...
Read more

Minister for Information and Broadcasting Fawad Chaudhry announced on Thursday that five Pakistani films would be screened in Beijing as part of the celebrations...
Read more
Business

Although the National Bank of Pakistan and United Bank Limited have mobilized a deposit base of over Rs. 2 trillion, they are still far...
Read more
Auto