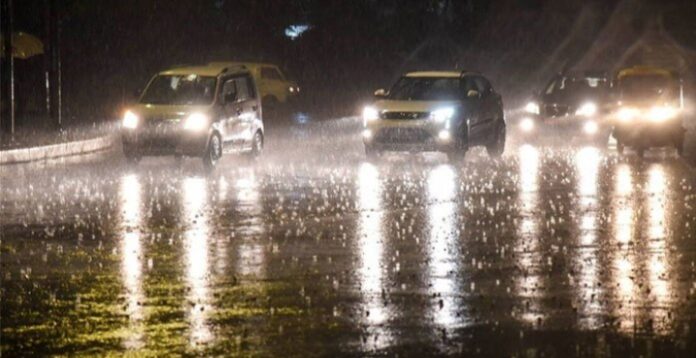 Since 1961, this was the wettest July witnessed 177.6mm of rain against its normal of 63.1mm, July 2022 had an excessive rain month with 181% above average rainfall. Recently, stated by Pakistan Meteorological Department (PMD)

Just in July’s monthly rain surplus the total monsoon as of normally rainfall by 26%, as per PMD stated and shared monthly climate summary.

Over viewing it on provincial basis, Balochistan received over 450%, Sindh over 308%, Punjab over 116%, Gilgit-Baltistan over 32% and Khyber Pakhtunkhwa received over 30% more than average rainfall.

Wettest/hottest days of July
July 25th recorded the wettest day of the month in the country recorded 219.0mm rainfall, while 606 mm was recorded at PAF Masroor, Karachi as the wettest place with highest monthly total.

Whereas, evaluating according to the Daytime maximum temperature was 2.15 °C cooler than average of 37.23 °C, while it stand at 35.07°C at country level.

However, July 2 was recorded as the hottest day of the month which recorded 48.0 °C temperature at Nokkundi (Balochistan).

Furthermore, the Monsoon season set in in northern parts of the country on June 30, which was a day earlier than its normal date.

Three widespread spells of rain was witnessed during the month of July 2022, Climatologically the July considered to be most wet month of the year.

On average, 45% of the rainfall was contributed in the month of July and 21% to the Monsoon and annual rainfall respectively.