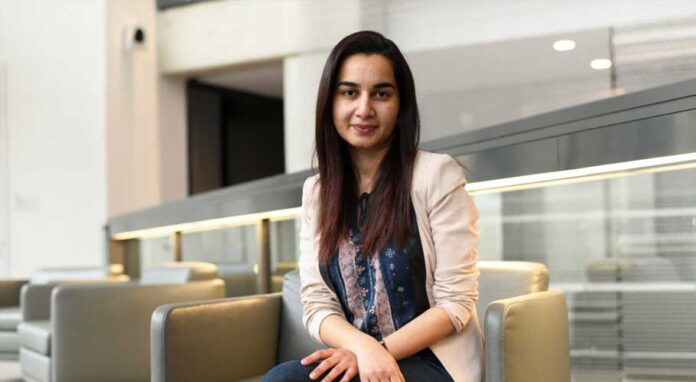 A Pakistani female entrepreneur has made into the Forbes ‘Next 1000 list, which is a list of inspiring entrepreneurs and small business executives, who are redefining what it means to build and run a business during the new normal and with fewer than $10 million in revenue and unlimited potential to inspire.

“An entrepreneur’s journey is not linear — it is filled with a series of twists and turns; defeat is a natural part of the process, but what differentiates entrepreneurs on the Forbes Next 1000 List is their resilience in the face of adversity,” the leading US magazine said.

As per the sources, Mariam is the founder of GRID and holds a master’s degree in economics from both LUMS and George Washington University in the US and is currently living in USA.

Mariam selection in the Forbes Next 1000 List, puts her with entrepreneurs who are redefining what it means to build and run a business amid the new routine.

The Forbes editors plus a panel of top business thinkers and entrepreneurial superstars acknowledged Mariam’s achievements. With time Mariam has been marked across various platforms for her prominent entrepreneurial career which began in 2015 when she formed the not-for-profit arm for GRID—Gaming Revolution for Inspiring Development.

Mariam has also introduced the GRID at several high-level forums including, two sessions moderated by former US president Clinton at the CGIU Meetings and two Tedx events.

The team’s current focus is on democratizing content production through video games on their platform Breshna. With Breshna, people are allowed to communicate in an interactive fashion.