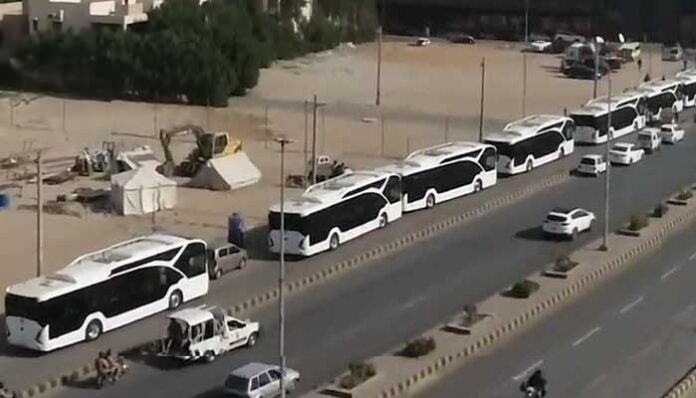 The debut of Pakistan’s first-ever electric bus service in Karachi was announced by Information and Transport Minister Sharjeel Inam Memon on Friday.

At the Clock Tower in Seaview, the transport minister was joined by the ministers for local government and labor from Sindh, Syed Nasir Hussain Shah, and Saeed Ghani, to officially launch the Peoples Electric Bus Service.

The provincial minister rode in the bus to the inaugural ceremony and examined its amenities.

In his media interview, he added that the eco-friendly bus service would start operating today.

According to the minister, “These buses, which run totally on stored batteries, are of European quality and will not spread any form of pollution.” He also said that in addition to decreasing pollution, the buses will provide low-cost travel options to citizens.