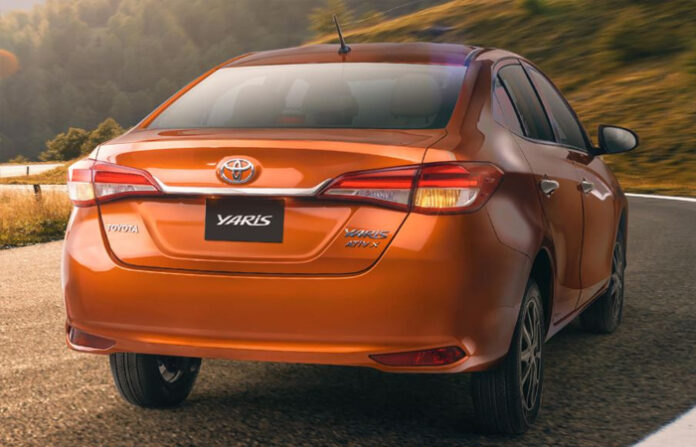 Toyota has always been a classy choice in cars because of its advance features. The Toyota IMC has recently introduced a new optional feature in their new Yaris 1.3 ATIV. The vehicle is also now available with more advance and better audio system; it also has a rearview camera that is an option which was initially available only in the top-spec Yaris.

The audio system with a rearview camera is an optional upgrade that worth Rs. Sixty thousand for the people who already own this car and those who book the Yaris 1.3 ATIV recently with the promotion will be paying Rs. 66,000 as over the standard price of the car.

In spite of the discontinuation of Corolla XLI and also the GLI variants, the lack of variety in these compact sedan segment, Yaris has been sold in a staggering number like ever since their resumption of business activities amid the current pandemic.

Toyota Yasir is getting a mixed reception by the general public predominantly and due to the polarizing and also arguably disproportionate look of this vehicle. Another major reason can be seen as the overall lack of refinement in terms of vehicle itself.

This Toyota Yaris has also outsold both the Honda City and the Civic sedans by a huge margin, with approx. Three thousand fifty-eight units of the Yaris and on the other hand only 1,858 combined units of the Honda City and Civic have been sold in the month of October in 2020. It is because the Honda City has been the same designs for almost a decade and these desperately need to be refreshed by the company as per customer’s demand and choice.