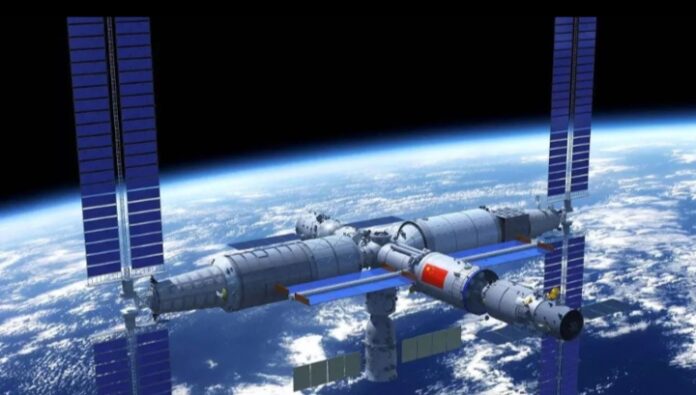 Recently, astronauts entered the new lab module of China’s space station for the first time. The major step towards completing the orbital outpost by the end of this year.

China is the third nation to put humans in orbit. The station is one of the crown jewels of Beijing’s ambitious space programme.

Team of three astronauts will conduct scientific experiments and test new technologies. The second main section is with the stations core module after successfully introducing from China’s southern region a day earlier, as per sources.

Team dressed in jumpsuits blue in colour were seen floating all round the brightly lit module before saluting and facing the eye of an camera. The crew will be focusing on life sciences and biotechnology research.

Once completed, it is expected that they remain in low orbit which is above earth for around 400-450 Kms (250-280miles) for a decade almost.

China is also planning to introduce a space telescope which is able to field of view 350 times as of NASA’s Hubble Space Telescope.

China had spend billions of dollars into space flight and exploration as its looking forward to build a programme that through back its stature.

After various missions to test the technologies, it is planned to finish Tiangong this year. When completed it is expected to have a mass of 90tonnes approx a quarter of the international space station, fom which US has excluded China.

The collaboration between US, Russia, Canada , Europe and Japan is likely to be due retired after 2024, where as NASA has confirmed it could be functional potentially beyond 2028.