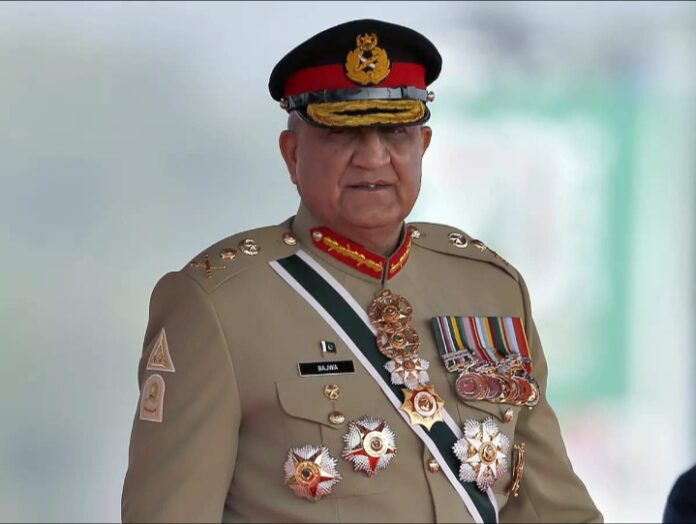 Qamar Bajwa visited the School of Armour and Mechanised Warfare (SA&MW) Nowshehra, where he addressed about training aspects of the school with a focus on mechanised warfare training regime as per future battlefield requirements.

Centre of Excellence for mechanised warfare training was also inaugurated by the COAS which would strengthen the technical and tactical capacity of students.

He laid a floral wreath at the Shahuada monument and offered Fateha on his arrival, when he visited the Military College of Engineering (MCE) Risalpur.

Meanwhile, it was confirmed that COAS also visited Structural Lab at MCE designed to test/verify various standards of huge infrastructures.

Training is the basic element for successful operations during the war against the terror as it enhance manpower to search IEDs laid by terrorists and destroying terrorists’ infrastructure and clear an area ensuring force protection, as per statement.

Bajwa also met the Corps of Engineers champion team of the International PACES competition and appreciated their professionalism and skills.

He also lauded the Corps of Engineers for their exceptional performance in various operations, especially during counter-terrorism operations.