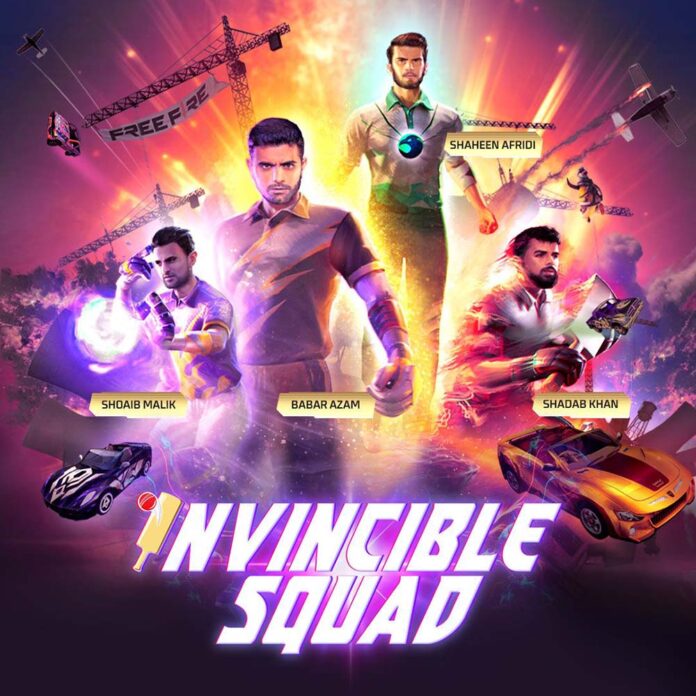 It is glorious to see how Babar Azam, Shadab Khan, Shaheen Afridi, and Shoaib Malik have their own costume bundles now in the new Free Fire update along with the new music video!

The fanbase went crazy when these four heroes joined the Free Fire legacy. This was one of the year’s biggest headlines, announced by these four cricket icons on November 18th, when they confirmed their association with Free Fire.

Many fans and cricket enthusiasts expressed their delight on social media messages and updates, emphasising the fact that their favourite cricket stars were suddenly heroes in the Free Fire universe.

The presence of Babar Azam, Shadab Khan, Shaheen Afridi, and Shoaib Malik in the new music video took the video to new heights since the production was already packed with action and narrative!

Babar, on the other hand, presents his first-ever music video with his spectacular fans and asks for feedback on the video as well as his own new package in Free Fire! While Shaheen is obsessed with his new outfit package, his enthusiasm for this collaboration tells it all!

Shoaib Malik mentioned how excited he was to see how the fans will react to the new music video! His superpower of artificial intelligence vision was mind-blowing where he could detect enemy attacks and counter them easily.

By getting national heroes of Pakistani cricket involved in promoting gaming and e-sports in Pakistan, Free Fire has reworked the experience of inspiration for the young generation. It is this exciting curiosity that is making Free Fire fans and players go crazy for this music video along with the new game update!