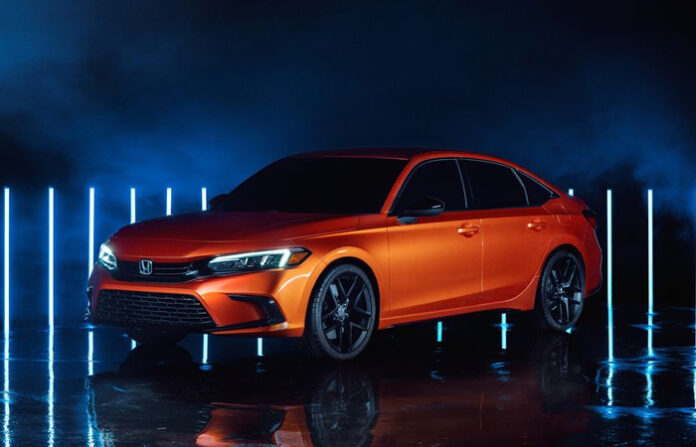 Big news has been unveiled after many days of anticipating the imaginative renderings released by the fellow enthusiasts; car aficionados have finally welcomed the 11th-generation of Honda Civic prototype at the global level.

The latest modern generation of Civic is reported to arrive late in the spring of the year 2021, and it will be available as both a hatchback and a sedan as the coupe is no longer made.

As per the recent reports, the new generation will also be launched in the endearing Si and the Type-R versions as in late next year. Modern trends have been highlighted; the Civic has reportedly retained the car body measurements and made similar to the previous generation, yet it has not increased an inch in size that means the body type is almost the same as the previous generation.

The interior and design have been reported recently:

Taken the important notes into account the reviews by Honda about the previous versions has discussed because it has considerably enhanced in performance and improved its design for the interior of its new launch of the 11th-generation version 2021-2022.

Honda has only revealed the animated image of its interior that shows a cleaner and simpler design just of the dashboard. The black classy interior ties together nicely along with the silver trim pieces at many points in the cabin just to give the car premium and luxury feel.

However, since it is just an animated one and not a real design image, but likely there will be some changes in the interior of the official physical version of the car. The powertrains, along with the pricing of the vehicle, will soon reportedly be revealed close to the time of launch of the car in 2021. Honda’s spokesperson said; that the new Civic will incorporate more convenience, safety features, and more highly-advanced tech architecture as the standard.

The design will definitely be upgraded as the first and most noticeable difference is usually the completely revamped look and design. Fortunately, this luxury brand Honda seems to have heeded critics’ reviews for the cartoonish looks of their 10th-generation Civic, and now it has opted for a sophisticated aesthetic and decent look for the latest Civic.

The front end looks more aggressive and really mature than the previous version of 10th generation, with a huge bumper grille that is in the centre and a sleek main grille that is between the headlights.

The newly-designed headlights are very stylish and have sharp DRLs that are more like the eyebrows of an aggressive or angry person.

The angular and sharp taillights, reflectors high up on the bumper, the straightened-out boot-lid, the central trim down below, and also the dual oval exhaust tips that in particular make the car look more like a Japanese take like on an Audi sedan. The rear end is just where the ‘European design influence’ shines through as it resembles a certain car-like German sedan, which is a good attribute.