Rupee Drops against the US Dollar 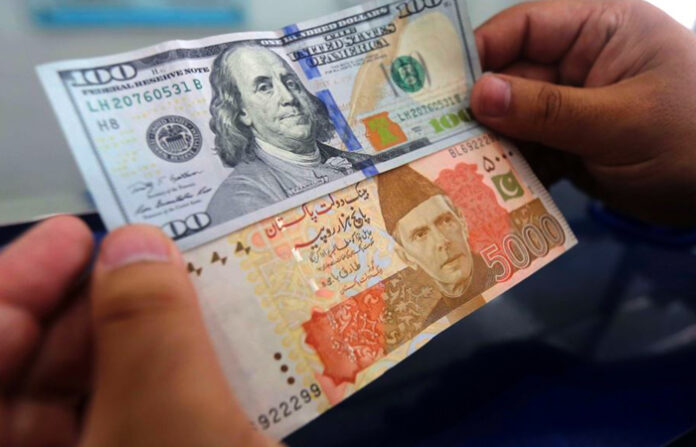 The Pakistani rupee weakened further against the US Dollar, and this is the second consecutive day on which the rupee has fallen after around 22 days winning streak that is against the greenback (dollar). The rupee has depreciated by the value of Rs. 2, and it was trading around 160.30 versus the USD- greenback in the open market.

The PKR had closed at 159.83/dollar in the interbank market, as compared to the yesterday’s closing value of 158.31 per dollar. It shows that during the session it lost Rs. 1.52 against the greenback.

Rupee weakened by 1.2% intraday on the basis of high-low both as making it the most volatile for the last five months of this year. The PKR traded at the highest of 158.25 and also the lowest at 160.10 as per yesterday’s report, said by Komal Mansoor from the Tresmark, which is an application that tracks the financial markets.

Bankers were talking with the research teams who did a research that major support is at 158.10 as they have said that the jump may be temporary because banks were covering the short positions of themselves in the market. It is said as a “market-driven correction” said by an anonymous from State Bank of Pakistan.

However the Managing Director at Khadim Ali Shah Bukhari, A.A.H Soomro, also said that the correction is needed. The one-way trajectory as per him was not sustainable as imports rise in the country. State Bank of Pakistan’s TERF financing would surely lead to more imports worth of machinery.

In spite of consistent inflows of the foreign exchange in Pakistan due to the overseas remittances, the Roshan Digital Accounts along with the export receipts, and the surge in foreign direct investment, the Pakistani rupee (PKR) came under huge pressure today. And we hope to get the PKR currency worthy in the upcoming future.