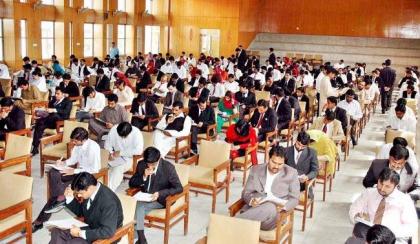 In the CSS 2021 tests, which were held from February 18 to February 26, candidates from Lahore, which is known as a center for CSS aspirants, outperformed those from all other cities, including Islamabad, Karachi, Peshawar, Quetta, and Rawalpindi, among others.

Lahore had roughly 10,083 candidates out of the total 39,650; 4,509 of them took the exam and 159 passed it, outperforming all other cities. The second-highest number of candidates that passed the CSS 2021 was from Islamabad, with 41.

With 1,742 students showing up for the exam and 33 passing it in 2021, Karachi’s candidates placed third in the CSS 2021 exam. 2,564 people from Rawalpindi registered for the written test; 1,122 people showed up; and only 21 people passed. 19 Peshawar applicants succeeded in the written exam.

Additionally, 12 each from Faisalabad and Gujranwala, 18 from Hyderabad, 17 from Multan, and 12 from Gujranwala qualified for the written exam. In addition, 10 students from Bahawalpur, 8 from Sargodha, 4 from Sukkur, 3 from DG Khan, and 2 each from DI Khan, Abbottabad, and Quetta passed the exam, compared to just one student from Gilgit and one from Larkana.