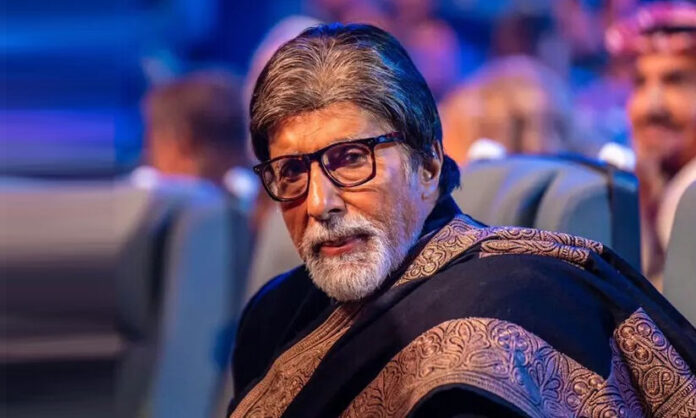 Amitabh Bachchan, a legend in Indian cinema, has received Saudi Arabia’s Joy Award. His lifetime commitment to the film industry is honoured with this award.
At the third edition of the awards ceremony held by the Saudi General Entertainment Authority to recognise talent in many fields, Amitabh Bachchan earned praise.

Amitabh Bachchan was felicitated at the third edition of the awards ceremony organised by the Saudi General Entertainment Authority to honour talents in various fields. The event was held in collaboration with the MBC Group at the Bakar Al Sheddi Theater in Riyadh’s Bollywood City.

Around 200 artists from the cinema, music, theater, and social fields were competing for the Joy Award, out of which 20 people from various fields were selected this time. Entries were invited for the competition last year. The award night was attended by the Chairman of the Saudi Entertainment Authority, Turki Alushikh.

The ceremony was notable for the presence of renowned talents in various fields and a large crowd, apart from famous film directors, actors, singers, and other arts and sports stars from the Arab world and internationally.